Palazzo Perabò is a prestigious 16th century building built on the tip of a promontory that stretches out into the waters of Lake Laveno. The palace has a complex, curious and very varied history.

Palazzo Perabò was built in the late 16th century by the local (Cerro) family of the Guilizzoni Counts.

Along the years, the Palace was owned by various priests up to 1856, when Rev. Giuseppe Longhi donated it to the nearby Hospital Causa Pia Luvini in Cittiglio. After administering it for nine years, the Hospital decided to sell it through a public auction. Nobleman Rev. Leopoldo Perabò bought this property and, according to his last will, a Technical School for Agriculture was be set up as a charity (Opera Pia) in the Palace. In the same years a municipal primary school and a public clinic were hosted in the building.

From 1943 to 1965 the building was used as a nursing home for elderly people.

In 1966 the old people home was transferred into a larger building.

In 1968 the Palace was bought by the Municipal administration, with the idea of turning into a place where specimens of the Laveno ceramic production could be gathered.

In May 1971 the museum was inaugurated, under the name Civica Raccolta di Terraglia (Civic Stoneware Collection). 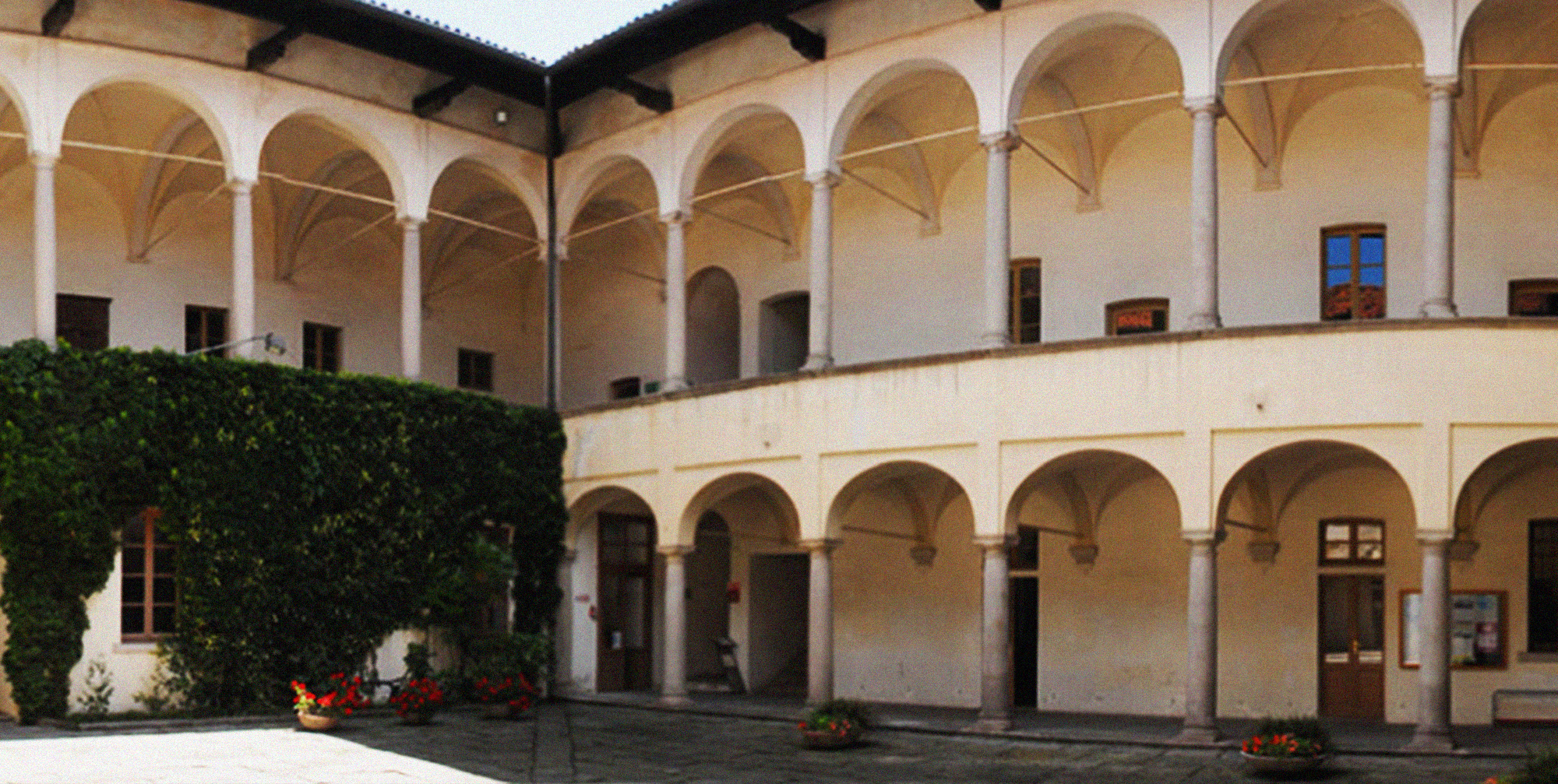 A monumental portal, facing the lake shore, leads into an internal court with columns on three sides. On the first floor, a balcony allows walking around the court and enjoying splendid views of the lake. The first-floor rooms have coffered or vaulted ceilings, with 18th century decorations. At the centre of two of the three vaulted rooms you can admire 18th century frescoes.